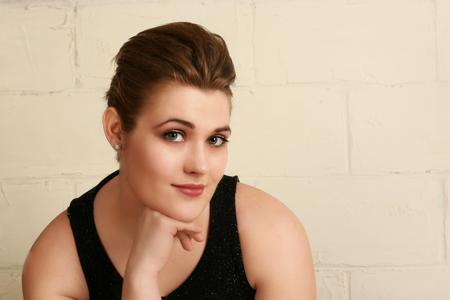 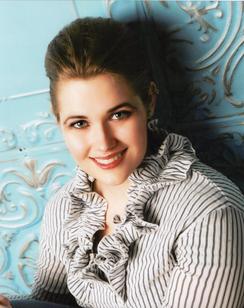 Haley Gabriel is a Mezzo-Soprano who started her career in Omaha, Nebraska, singing in the Opera Omaha Chorus as a featured chorus member in the 2015 production of John Adam’s A Flowering Tree, and in the 2016 Beethoven’s Fidelio.

Her musical journey started in Sioux City, Iowa at Morningside College in 2009, where she earned a professional degree in Vocal Performance. She participated in choirs and was a soloist. She also joined the Mu Phi Epsilon and was secretary, as well as the volunteer coordinator for the group.

She moved to Cleveland, Ohio in 2016, and in 2017 began to study with Eileen Moore. During her first year, she was featured as Dido in the CSU production of Dido and Aeneas (2018). In the summer of 2018, she was a part of the Opera Summer Chicago Young Artist Program. Haley performed in various scenes, one act opera, and as Mago, in Handel’s Rinaldo. In 2019, she was a soloist for the CSU Chorale, a section leader, was graduate assistant for the Opera Theatre Workshop, and stared as Miss Todd, the title role for Menotti’s Old Maid and the Thief.

Haley has since earned her Masters of Music in Vocal Performance (May 2019). She has since been studying with Amanda Powell, from Apollo’s Fire. She was also a Choral Scholar for the Bath Church and was a featured soloist in their Epiphany Arts Concert.


"My favorite piece to perform is “Non so piu…” from Le Nozze di Figaro, Mozart. I love this aria because it’s silly and fun! I love singing Mozart in general, but pants roles are my favorite.​"